What I've learnt about us French while leaving abroad 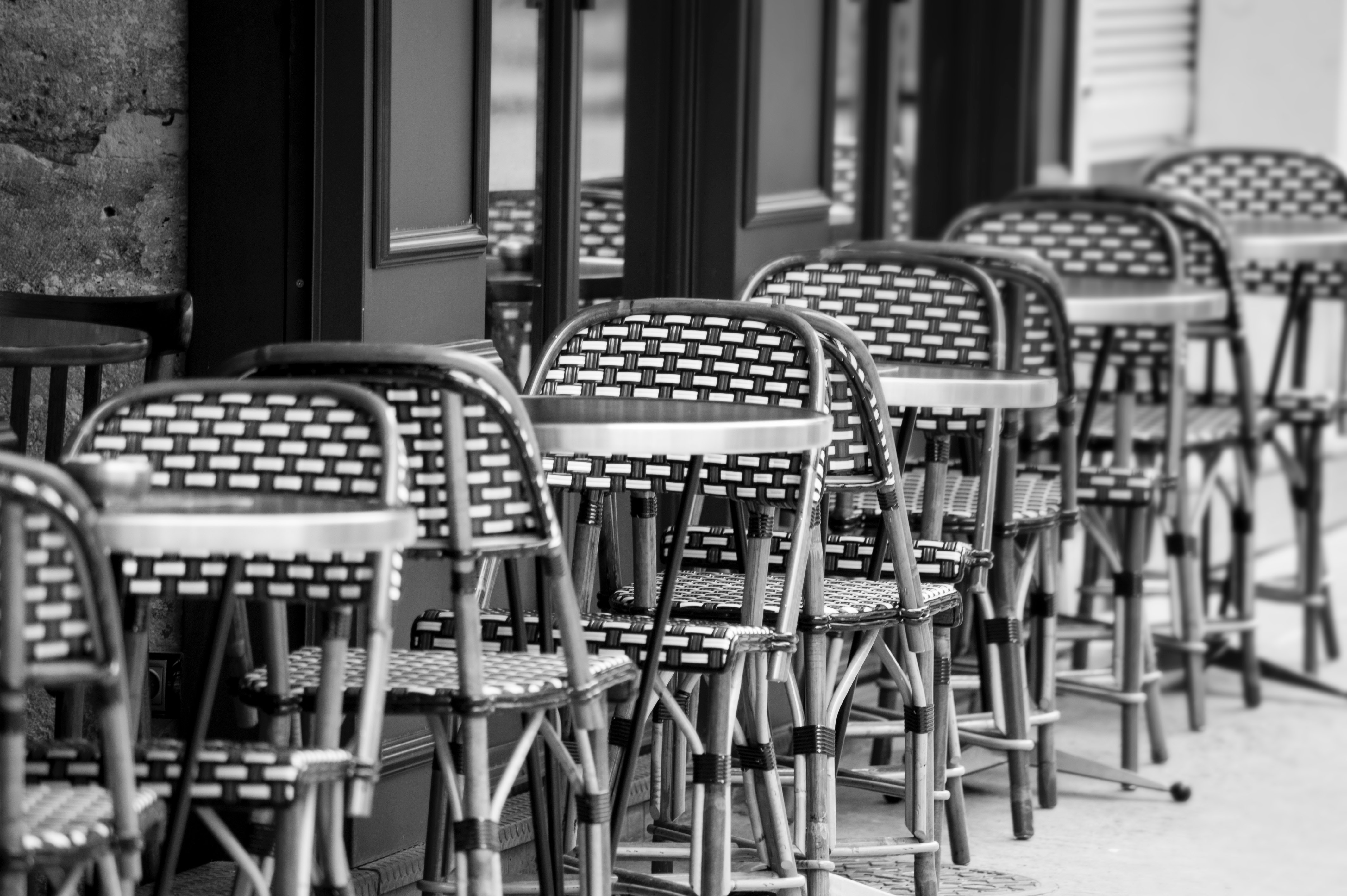 One of the reasons I decided to go and live abroad was to experience different mindsets and attitudes. I had become a bit bored of the general currents of thoughts in France, often consisting of complaining for all and everything, and being very vocal about it without actually doing much to change anything. I thought many people didn’t realise how lucky and well cared for they were and only focused on what they didn’t have. So, off I went, with my hopes and expectations, to live in Ireland and in the UK. But while I learnt a lot about other cultures, the bonus was for me to learn about my own. So, in a way, it’s by leaving my home that I realised what made it home. This is why I want to share this discovery with you. Of course, this is my personal point of view, it is purely subjective and non-exhaustive.

My first discovery was about the weather. When I left France for Ireland, it was in November 2007; and the weather was horrendous! The ferry crossing in itself was a challenge, taking place during a winter storm. It seemed to rain for ever and the cold gripped me whether I was inside or outside. This was probably made worth by the fact that, as a trainee vet, I was spending a lot of time in the elements, and I wasn’t really geared up for cold and very wet weather.

One thing that made it easier to cope with though, was the local’s attitude. Although they would complain about it, it felt half hearted, and I could sense more acceptance than real protest at the injustice of having a rainy day, when really it ought to be sunny. Whenever people complain about the weather in France, it very much sound like a personal tragedy: “This is unbelievable, have you seen the weather outside?“ (grey but dry) “We’ve never seem such a horrible Easter/ Christmas/ Sunday, it is a complete nonsense” (then a few rain drops) “That’s it now it’s raining, it can’t get any worse, all hope is lost, this is definitely the worst day of my life”. I also realised that the concept of “good weather” is very much personal. I was taking a walk in Ireland on what I thought was a rather dull and chilly late winter day. I came upon an Irishman who, as is usually the case, engaged in conversation, stating with a big smile what a very fine day it was. Well, if you say so…

So, I certainly had to lower my expectations weather wise. But it came to a low point when I went to live in Scotland. Although the landscape was often breath taking, this was the first time I experienced winter blues. The bright side of getting used to more variable weather, is that whenever I am in France, I usually get “high on sunshine”. Even in winter, I find the outdoor conditions very acceptable and easy to deal with. I may need an umbrella, but I’ve never resorted to the full waterproof gears (wellies, waterproof trousers and jacket) that I regularly wear in Britain.

Have you ever entered a pub and have all the locals stop taking and look at you? Awkward isn’t it? Then you know what I feel when I’m in France. It is true I am tall, but I never quite understand why some people stare at me as if I had three legs. It can be at the supermarket, in the public transports, or just in the street, there is always someone to look at me bewildered as if I’m something they’ve never quite seen before. I think this is revealing of the lack of space made to diversity in France. If ever something is not as usual, or you do something differently, people don’t like it and make remarks about it. Of course, in theory, this is not happening and the French society is inclusive and accepting. Well, this is not always true in practice. You are not supposed to break rank and make yourself different. And I’m not talking of some sort of out of the way place in France, where a new comer is introduced once in a while. No, it is just the same in Paris or another busy place. So, I have to say that I appreciate the “anonymity” that the I-don’t-care-how-you-look Brits give me.

I can cite another example concerning my dog. She has an eye condition called iris atresia that means that she is very sensitive to sun light. Being outside on a sunny day, is like having a bright light directed right into her face for her. So, to minimise any discomfort, I got her a pair of doggy sun goggles. It is true she looks odd when she wears them, but it was really amusing to compare the attitudes of the people we met on our walks in France and in the UK. While the most common reaction in the UK was one of gentle tenderness: “Aw, she is so cute!”; in France, it is one of judging incomprehension: “What’s that now?”. But in both cases, they completely ignore me (note the irony from the previous paragraph!). The Brits will go on talking to my dog: “Hello sweetie, and who are you? Would you like a treat? Here you go then my lovely.”, this is a true “conversation by the way, and I’ve never really understood if the person actually expected my dog to answer and introduce herself. On the other side, the French will keep talking to themselves: “Look at this dog, what has he got on his face? It looks like googles. I wonder why he wears that.”. Well, hello, I’m right here beside the funny dog why don’t you ask me?

Is everything all right?

Another area where French and British attitudes are very different is in the expression of complains. Obviously, us French are the best at complaining. One would argue it is somehow a national characteristic. The seed of revolt is sown during education at university at the yearly spring strike. Regularly, the government wants to introduce some reforms in the university, and without fail, the students revolt and go on strike. But have no fear for those of us who haven’t got to university, we can still learn to strike in the workplace. The top-ranking place for a strike’s degree goes to the train company or SNCF. For good or for bad, we can expect train workers in the street at some point, often during or at the beginning of a holiday. But do not get alarmed as this is always temporary and order is resumed later in the year.

However, the art of complaining doesn’t merely reside in the strike. A good complainer will do so on a regular basis and for any reason. The voice rises, and the body gets agitated, but this should not be taken as a personal offence. The complainer will be angry at the situation more than at the person in from of him. I remember entering a car rental office in France with no one to be seen behind the counter. Suddenly a man came through the door behind me gesticulating and looking obfuscated. I suspected this was a complainer. “Of course, there is nobody at the desk” he started, “There is never anybody when things go wrong”. Then a lady came from the back office: “Can I help you Sir?”. Then followed an exchange about the gate key not working. What I found most striking was that the lady was complaining back to the man, rising her voice to argue that she needn’t be spoken on that tone of voice. It eventually sorted itself out quickly, but I was left thinking that this sort of scene could never have happened in the UK.

It seems to me that complaining in Britain is done with a different modus operandi. The main thing is to not appear to complain, but instead to apologise. So, a British complain will usually start with “I’m sorry” or “Excuse me”. Then, a polite remark is presented. The interlocutor will then apologise profusely in return and make amend while silently cursing this awkward customer. Likewise, it is strictly forbidden to complain if asked if everything is all right. Instead, one must reply with a smile saying that “yes, it’s perfect thank you” while swearing never to come back to this hell of a place ever again.

Obviously, there are many areas of divergence in the way French and British live and express themselves. The key is to know the code and understand the real meaning of what is being said. But when this is all good to know, I think the true lesson from my travels, is that no matter how people generally behave and talk, it is the real nature of the people you meet that is important. And I can assure you that wherever you will go, there are some truly awesome people waiting to meet you.