Is there a choice of energy providers in France? 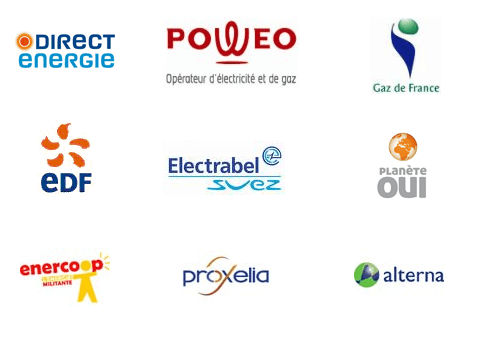 Since July 2007, all households in France can choose their electricity and gas providers. Before that, they could only get their energy through what is called "historic" providers who originally provided energy via regulated tariffs. These historic providers are EDF (Electricité De France) for electricity and Engie for gas, as well as about one hundred small local providers.

Despite the opening of the market, some consumers still only have access to the regulated tariffs from historic providers. This is the case in some areas like Strasbourg, Metz or Grenoble.

This is because, where the energy distribution used to be assured by small local providers, there is no standardization of the equipment on the networks. So, when a new provider wants to take on the market in such an area, they have to spend a fair bit of money to adapt the equipment already in place. For this reason, new comers in the energy market tend to target in priority areas were the equipment was managed by the nationwide companies where the equipment would be standardized across the whole country. These companies managing the networks nationwide are Enedis (for electricity) and GRDF (for gas) and they cover 95% of the country. The "Commission de Régulation de l'Energie" (CRE), who is a regulatory body, is currently looking into ways of improving uniformity of equipment across the local networks in order to give easier access to new providers.

It is worth noting that sometimes, new providers do take on local historic providers to offer contracts to businesses only, since they will have higher consumption levels. Also in Corsica and Overseas territories, electricity is only being provided via regulated tariffs.